Kikuchi Castle was a hill fort built by the Yamato Imperial Court during a warring period in East Asia in the latter half of the 7th century (about 1300 years ago).

After a crushing defeat at the hands of the combined Chinese Tang and Korean Silla forces at the Battle of Hakusukinoe in Korea in 663, the Imperial Court constructed a number of hill forts throughout Western Japan in preparation for invasion, one of which was Kikuchi Castle. Kikuchi Castle was a support installation intended to provide supplementary weapons and food for the Ono and Kii Castles that protected the Dazaifu government that ruled over Kyushu. Kikuchi Castle is mentioned in a number of historical texts, including the Shoku Nihongi (Chronicle of Japan, Continued), and was named a National Historic Site on February 27th, 2004 as one of a number of important sites in Japan.

The castle had a perimeter of 3.5km and an area of 55 hectares. Excavations by Kumamoto Prefecture starting in 1967 have discovered a number of valuable architectural remnants—a total of 72 buildings, including an eight-sided tower, a water reservoir, earthen embankment sites, and more—that offer an interesting look into the past.

The castle site is in the process of being converted into a historical park that incorporates the discoveries from the excavations. Reconstruction of some of the original buildings (an eight-sided drum tower, a rice storehouse, a barracks, and a panel-wall storehouse) began in 1994, and visitors can now get a sense of the area, scale, and layout of the original castle.

The Onkosouseikan acts as a visitor’s center for the castle and features exhibits and videos to help visitors learn more about the structure and history of Kikuchi Castle.

*Yashima Castle is located within the Yashima National Historic Site 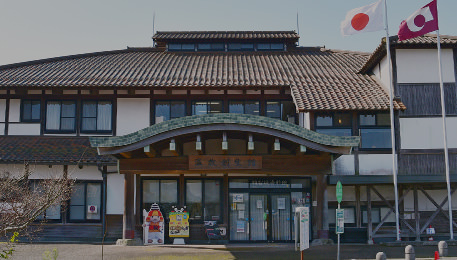 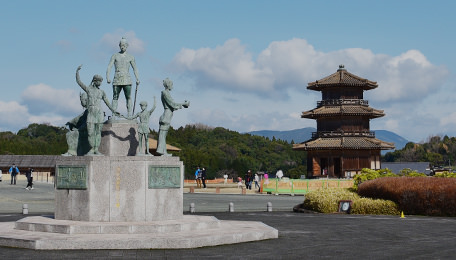